Remnants of gold and red have lingered on from a delightful autumn to be embraced by the crisp, clear, first day of winter. A touch of frost is evident in the lower paddock and the dawn shadows are slowly replaced as the sun rises over the nearby hill behind our house. After throwing another log on the fire and brewing fresh coffee, I love nothing more than being snuggled up in bed with my electric blanket and furry friends, sipping on my morning cuppa as the view unfolds outside my window. Each day is different. 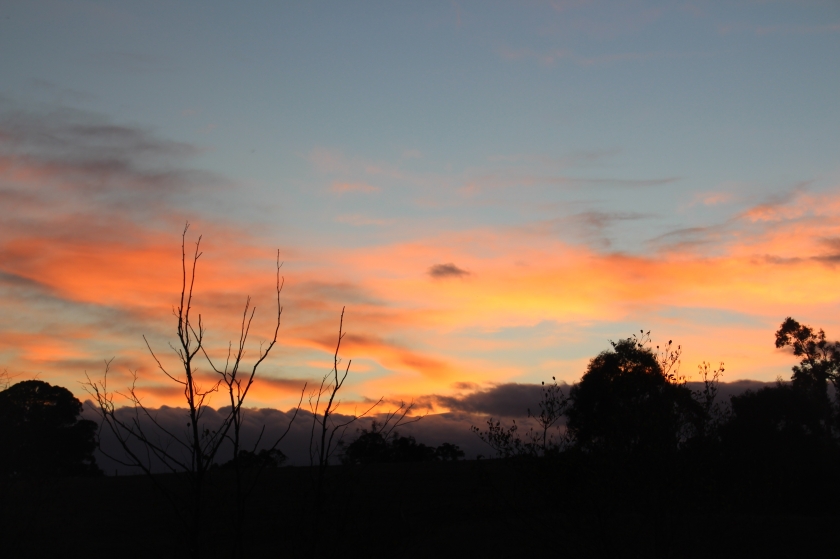 More than 18 months have passed since the permanent tree-change. This is our life now. City life is like a distant memory and somewhere we still visit occasionally for special events, appointments and catch up with friends. Lying in bed listening to the ABC’s Melbourne Radio (it is hard to give up some habits after 30 years!), the traffic reports remind me how much I loathed the congestion on the city roads and travelling across from eastern suburbs to the west for work.  We have other obstacles to dodge now but the pace of life is slower so not rushing around everywhere.

The nights are really drawing in now, the sun is dipping behind the hills around 5pm. This week we have been treated to some sunny days and we have finally got around to cycling during the warmest part of the day to our roadside mail box 4km away. Our social cycling group that meets on Wednesdays has moved its start time from 8.30am to 9.30am during the winter months.

My husband Bolly and I have found another social group to join which I found on a local Facebook group page calling for musicians and singers to get together to encourage one another and for the sheer joy of making music in a relaxed and comfortable environment. The first gathering was in the lounge room of a young man with three singers and two guitarists unknown to each other. Almost two months later others have joined and we now have a permanent home at the local RSL club.  We are invited to bring music to the group for us to learn and practice. It is a diverse group with a range of tastes ranging from pop, rock and through to country. Numbers such as Eva Cassidy’s haunting cover of Fields of Gold, Under the Milky Way by The Church and classic country favourites by Merle Haggard and Kris Kristofferson. The group is still evolving and bonding but we look forward to our Thursday night sessions. Music has such a positive impact on people and without the pressure of having to perform in public it provides an opportunity for us to learn. I own a blue guitar bought for my birthday from Aldi that sits on the KISS book for learning chords in my lounge room in anticipation of me finding time to learn.

My other consuming passion is photography. A local Facebook group encourages photographers to share their images and improve our skills behind the camera. Living in such a beautiful part of the world sees lots of wonderful outdoor shots including mountains, rivers and animals featured.  I was quite pleased with several awards for photos I entered in the local show last November. The administrator of the page also puts out challenges to develop our creativity. One member is a professional portrait photographer and gave up his time for free to conduct a workshop for interested members. So about three weeks ago, three of us had the opportunity to learn how to do studio-quality portraits with a professional model. The only cost was a contribution towards the hire of the model (also a trained actor) who was an amazing subject to capture. Also got some tips on editing with a professional software package.

On the study front, I have just completed a unit in Overseas Development which I enjoyed and gained several new insights into how aid is delivered in developing countries. Now I am embarking on a unit called Sustainability, Ecology & Communities which involves a major project. Slowly getting closer to the end!

There is no shortage of activities to keep us occupied. My duties as show secretary have kept me a lot busier than expected and I am still on a committee for a community house in Melbourne. But we did manage a week away using my timeshare allocation down at Victoria’s Phillip Island. The Penguin Parade is an a popular national and international tourist attraction. The little penguins nightly descent from the sea up to their burrows above the beach has made Phillip Island one of the must-see places. There is a lot of new building there to expand the site for the increased tourist numbers. But there is plenty of other things to do on the island which is linked by a bridge from San Remo on the mainland.

We weren’t worried about seeing the little penguins because we have done that before when we were still living in Melbourne. One area that has had a significant makeover is near The Nobbies. Gone is the tired-old bright blue kiosk covered in seagull droppings. In its place is a fairly new attraction called the Antarctica Journey which uses a mixture of cinema and photography to create a stunning visual display. There is an interactive section popular with young and old – with lots of selfies the order of the day. It is a wonderful way to experience what it would be like to be in Antarctica in an eco-friendly way. We loved it so much, we ended going again the following day with friends who hadn’t been there in 10 years. They loved it too. Of course there is a shop and a licensed café that looks over the wild seascape as it lashes against the rock formations known as The Nobbies. It was freezing cold and wet but if one is wrapped up, the walk along the boardwalk provides great views and you may even see the blow-hole in action. 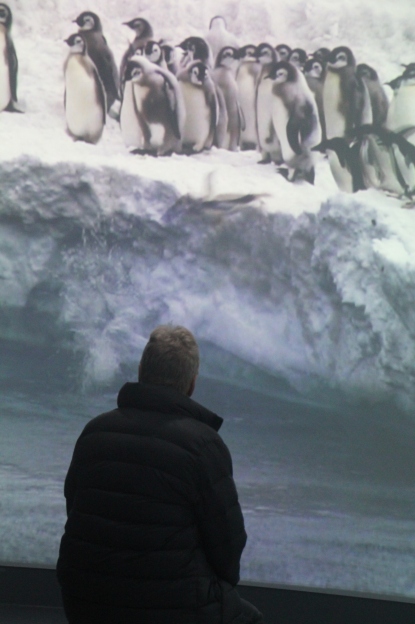 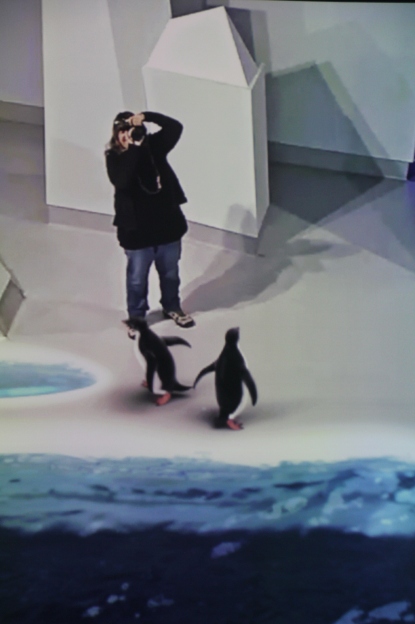 Later in the week we did a boat cruise out to Seal Rocks which is not far past The Nobbies. Be warned you can feel a bit queasy from the choppy sea and if you are down wind of the seals, the smell can be overwhelming too. It was worth the trip to see so many Australian fur seals in one place. The younger pups frolic around the boat and leap out of the water and dive below in great numbers. On the rocks the adults including several large males are sunning themselves. Several 100 seals have chosen this wild part of the coast as home.

Despite the rain every day, we managed to fit in some walks on the various surf beaches, a change from looking at our hills and mountains. Another worthwhile visit while on the island was to the National Vietnam Veterans Museum. A war that caused a lot of division among many Australians with many protesting our involvement in an American conflict. Sadly, when serving soldiers returned, they did not receive the welcome back that those from World War 1 and 2 did. The Vietnam War had a profound impact on the physical and mental health of many men. It has taken many years, but finally recognition for their service is happening and sites such as this museum honour their contribution.

After a wet week away we return home to dry, sunny days. But winter has arrived with icy blasts felt from the mountains this week and 21ml of rain over one day.  The town is overflowing with visitors during this long June weekend in honour of the Queen’s birthday (which is in April!) and the official start of the snow season. Not much snow to be had but plenty of fun. Bolly and I enjoyed a day up  at Mt Buller last weekend while entry was still free. Freezing cold but enough snow for tobogganing and snow ball fights.

We have some friends from the city staying for the weekend with their two young children so our house is full. Always lovely to have young people around and see the world through their eyes! Attempts to catch yabbies in our dam proved fruitless but a lot of fun anyway. The seasons are changing and so are we, as we adapt to our new life and routine.

A tree-changer returning to her country roots after a 30-year plus absence. A lover of words and pictures which has been woven into my career and personal life over several years. I am also passionate about community and seeing individuals reach their potential. I am about to embark on a new journey of discovery with my husband on our 25 acres in Victoria's High Country. I hope my creative talents will inspire others and maybe provide some entertainment along the way. View all posts by kiangablog

3 thoughts on “Winter cometh amid change”

Unauthorised use and/or duplication of this material without express and written permission from this site’s author and/or owner is strictly prohibited. Excerpts and links may be used, provided that full and clear credit is given to Escape to the High Country... at https://kiangablog.wordpress.com with appropriate and specific direction to the original content. This includes all written material and photographs.

This work is licensed under a Creative Commons Attribution 4.0 International License.