A comfortable one-hour flight from Darwin, in the Northern Territory, will have you in Dili, the capital of Timor Leste, one of the newest nations on earth,  and leaving behind many of the comforts of home. Tourism is a fledgling industry here but it is a country where one is so warmly welcomed and the people give much of themselves to visitors.

A small, basic building serves as the international airport and is a far cry from the slick commercial ones we are used to. The local yellow cabs look like duct tape is used to keep them together. They are a reminder we are in a third-world country. The shattered windscreen and scraping mudguards accompanied by plumes of exhaust fumes do little to instil confidence that these vehicles can make the trip into the centre of Dili. Car ownership and even motor bikes or scooters, are beyond the reach of most East Timorese. Other than taxis, there is the local Mikrolet, a mini-bus used by most to travel around town or to the more remote parts of the country. Colourful and noisy, they remind one of public transport in India. For other people, walking long distances is common.

The taxi ride from the airport is an experience. Our laden suitcases tax the suspension of our hire car. We are carrying extra luggage because we have special supplies for the village of Venilale, with which we have a partnership with back in Australia. The boot of the car where our suitcases are stowed, is also home to a rather large black box which amplifies the rather loud, grating music for our driver’s entertainment. Obviously, proud of his sound system, for me in the back seat my poor ear drums were under assault. We politely requested that it be turned off!

We spent our first three nights in Dili at the Hotel Esplanda, with comfortable western-style accommodation. The up-stairs restaurant overlooks the sea which provides a cooling breeze and respite from the humidity. The southern Australian winter months is a recommended time to visit East Timor. 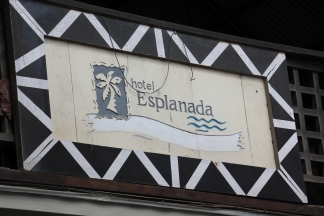 When in Dili there are some essential places to visit to get a feel for the country,  its people, history and Timorese culture.  If you are keen to buy some authentic souvenirs from Timor Leste, then the Tais Market, is a must. Here you can choose from several different stalls hand-crafted items utilising this traditional woven fabric which is often used as part of their national dress. It is a great opportunity to see local women operating the hand-looms up close. There may be some bargaining but it tends to fairly low-key and not as aggressive as you find in other Asian countries.

One aspect of travel in East Timor, is using American dollars as the local currency, which seems strange at first, given how far away America is. Also be prepared to carry plenty of cash because credit card facilities are not common at many of the markets or retail shops run by local Timorese. Most items are not particularly expensive compared to back home. Grab a hand of bananas from a street vendor for $1US for a quick cheap snack! 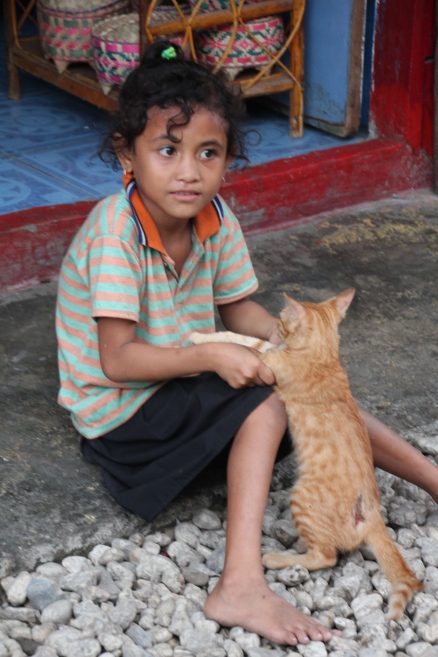 Other places of interest with powerful stories to share are the Santa Cruz Cemetery, and Chega, the truth and reconciliation museum. I wrote about Chega in an earlier post The importance of storytelling beyond once upon a time… if you would like to read  more about why recording people’s stories is paramount to the healing process. 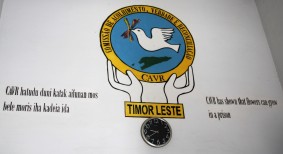 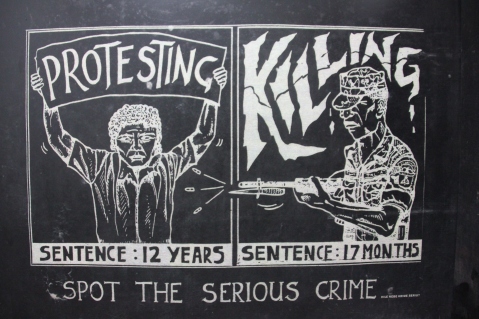 Preceding the violent events of 1999 when East Timor’s fight to become an independent nation was international news was the Santa Cruz Massacre on November 12, 1991. On that morning  the Indonesian security forces violently suppressed a peaceful procession of some 3,000 Timorese people to Dili’s Santa Cruz cemetery.  This led to the deaths of 271 East Timorese, 382 wounded and 250 reported missing afterwards according to local accounts (Braithwaite, Charlesworth and Soares 2012). To better understand the events leading up to the Indonesians opening fire on those present, I would recommend the reference link below to the ANU (Australian National University) publication. 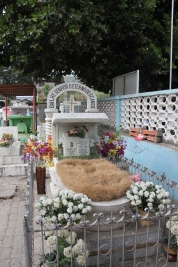 This was my first trip to East Timor and in all my travels I had never encountered a graveyard like this one. Bearing in mind the horrific event of 1991, the place has a surreal feel  with its ramshackle collection of monuments and tombs to honour the dead. Unlike our orderly English-style cemeteries, with footpaths and signs, Santa Cruz, requires scrabbling over graves to get anywhere. I found myself constantly apologising to those below for stepping on their final resting places. Shrines celebrating the dominant Catholic religion of many East Timorese and a legacy of 400-years of Portuguese colonisation, are plentiful and varied in their design. Mini-church buildings and praying hands are among the more unusual decorations.  On my way out of the cemetery, I found a dead cat lying on top of a grave, looking as if it had been placed there intentionally.  As, I said, it was a surreal feeling. 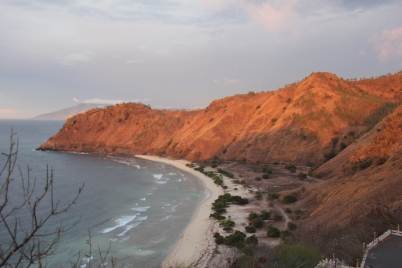 View from behind the statue… 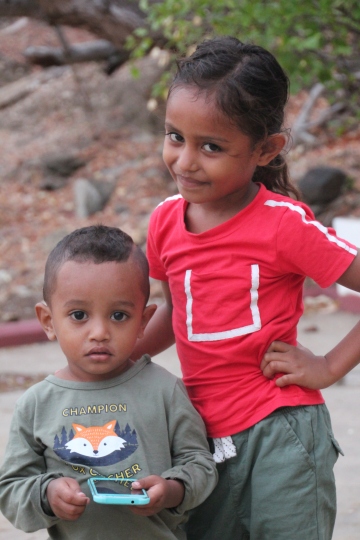 Two locals pose for the camera…

Sunset view worth the climb…

Outstreched arms to greet us..

Another popular tourist attraction for both locals and foreigners, is the sunset walk (or run for others!) to the Cristo Rei statue via a 590-steps stairway passing stations of the cross.  The 27 metre high structure stands with the arms of Jesus stretched out to welcome us. Ironically, it was a present from one of the most Muslim populated countries in the world to the  predominately Christian country in 1996. Indonesian President Suharto used it to mark  the 20th anniversary of Indonesia annexing East Timor as a token gesture to please the Catholic majority (atlasobscurra website). This failed to stop East Timor’s fight for independence which escalated in 1999. 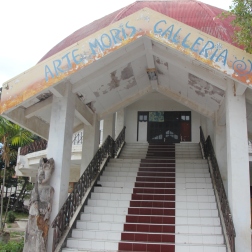 Another place worth checking out while in Dili, is Arte Moris a centre for fine arts established in 2003 and described by Lonely Planet Guide as “quirky”. It provides an outlet for the youth of Timor Leste to express themselves through various artistic mediums of contemporary and traditional forms. The place has a real reggae feel and features dark and humorous pieces.  The building with its broken ceilings and run-down surrounds are due to lack of money for such things and believed to send a political message by the artists about the lack funding for the arts (Yin Hooi 2017). In a country still dealing with the trauma of the past, here is somewhere to create with the future in mind. If you are interested in buying any of the works, a phone call is made to the individual artist to negotiate  a price. 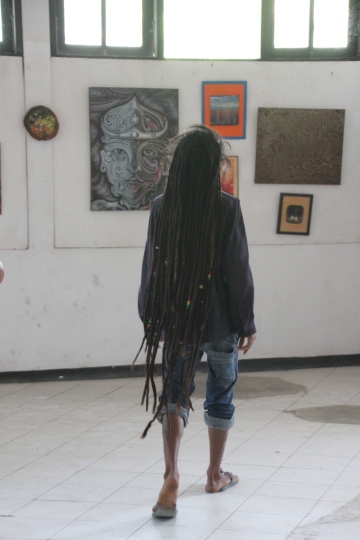 Dili, is a fascinating city with much to offer but for its people there is much work to do to improve the lives of everyday Timorese and build a stronger, positive future for all. The nation’s capital makes a great start to any travels beyond Dili. But be prepared for the roads leading out…

Unauthorised use and/or duplication of this material without express and written permission from this site’s author and/or owner is strictly prohibited. Excerpts and links may be used, provided that full and clear credit is given to Escape to the High Country... at https://kiangablog.wordpress.com with appropriate and specific direction to the original content. This includes all written material and photographs.